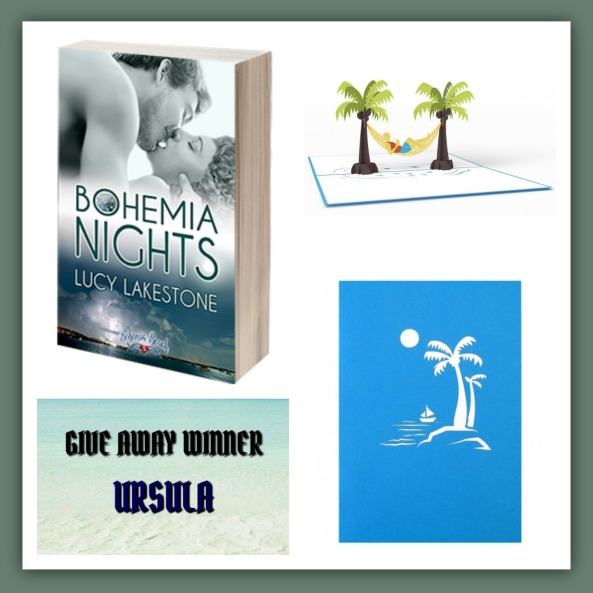 Please check your mailbox for an email from Tamye Whitener.  If you have any questions you can send me a PM on Facebook.  Thanks for reading my blog and entering the giveaway. 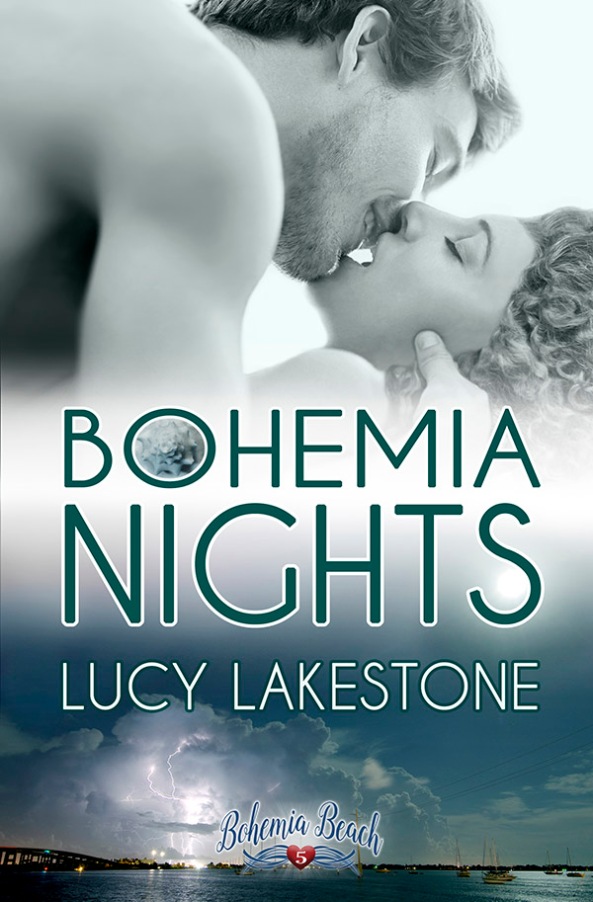 Thea McKay likes her quiet, private life well enough. She creates pop-up paper art that no one ever sees, hangs out with her friends and admires men from afar. But then, at a play premiere, she meets gregarious video blogger Duncan Flyte. An incorrigible charmer with dubious motives, he’s handsome, hilarious and overwhelming. When he says he won’t stop showcasing her to his legions of fans unless she agrees to spend seven nights with him, her world turns upside down. The offer is both outrageous and tempting. Those seven nights don’t have to be passionate, but what if Thea wants them to be? Can she raise the stakes with this adorable Scottish import — especially when Duncan’s cheerful campaign to woo her may be just one more spectacular lie that will break her heart?

This is the fifth novel in the award-winning Bohemia Beach series, each a steamy standalone romance set among a circle of young artists in the enchanting Florida city they call home.

Disclosure:  I was given this book for free in exchange for an honest review.

Oh my sweet bananas!  I absolutely fell in love with this book and its cast of characters.

While this is the fifth book in the Bohemia Beach series, it was the first book I’ve read in this series, and by this author.  It definitely stands well by itself.  No need to have read the previous four books to understand the story. That being said, I now want to read the first four books because the lead characters from each book were in the fifth book and I’m dying to hear their stories as well.

I glanced at the first paragraph and I was hooked.  I only wanted to see what point of view the book was written in, as I was in the midst of reading something else. But I couldn’t put it down, I had to to read more.  I had to know why Thea McKay thought Duncan Flyte was a ……. nope not saying.  Get the book and see for yourself.  But be warned.  You will be hooked as well.

The story easily comes to life.  Plopping you smack dab in the middle of this exciting set of friends, with a snarky, yet insecure heroine, who has no idea why this sexy Scot would want to have anything to do with her.  Therefore he must be using her for publicity.  Right? Smart guy that he is, Duncan uses Thea’s dislike of being in the public eye to his advantage.  In exchange for her spending seven night with him, Duncan promises to refrain from featuring Thea on his vlog every night during that time.  Then if at the end of the week she still wants him to get lost, he will.  Or course, Duncan is going to do his best to change her mind.  Thus the fun begins.

Thea agrees despite her certainty that Duncan will break her heart. Somehow her mouth said yes, while her head was saying, “No freaking way!”  It could have been her hormones, and she might have a bit of a crush. One she would deny to everyone, including herself.

Kudos to the author for weaving this tale in a such a way, that while being lighthearted and fun, it also had depth, self-discovery, and enough heat at times to light a fire.

I recommend this to anyone who wants a contemporary love story, that goes from “Hell No!” to “Oh Yes!”.  One that will make you yearn for one of your own.

The nitty gritty on Bohemia Nights

FREE for the first time! 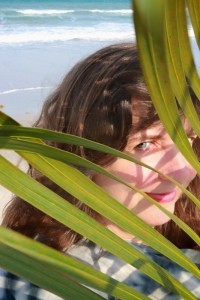 Lucy Lakestone is an award-winning author who lives on Florida’s east central coast, among the towns that serve as an inspiration for the hot romances of her Bohemia Beach Series. She’s been a journalist, photographer, editor and video producer but prefers living in her imagination, where the moon is full and the cocktails are divine. Lucy is also a launch author for the Barefoot Bay Kindle World with a novel of romantic suspense, Desire on Deadline.

You can also find her at the following sites:

Lucy is giving away a signed print copy of Bohemia Nights and a pop-up card (pictured below) from Lovepop to one lucky winner (US Postal Residents only).  Or an ebook of Bohemia Nights if the winner is international. 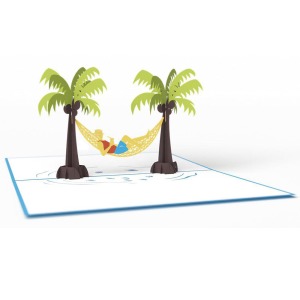 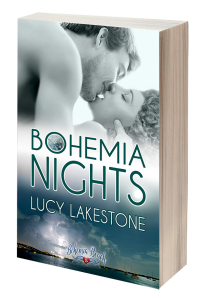 To enter: Comment separately in response to one or all of the three options listed below .  Each question below is worth one entry.  Total of three entries per person possible.   Winner picked with the help of random.org and will be announced Monday, August 21st.

1) Which book in Lucy’s Bohemia Beach series tempts you the most.  Why?
You can find them here.

2) Have you every tried to do pop-up art or have you every had a pop-up card or book?  I think they are fascinating, but I doubt I would have the talent or patience to make one.
What about you?