We’re in for a treat, as our special guest today is another “Featured Author” for the upcoming Coastal Magic Convention.  I’m so pleased she accepted my invite to join me for a little chit-chat, coffee, and crafts by the beach.

Lucienne Diver and I have more than a few things in common. But what draws us here today is our mutual love for the Coastal Magic Convention. It’s a small, intimate event that allows the readers and authors to mingle and have a fun time together. It’s one of my favorite conventions. Lucienne agrees wholeheartedly.

For anyone who isn’t familiar with her or her works, here’s a brief bio: 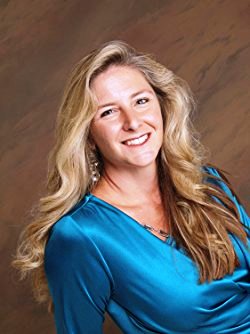 Lucienne Diver is a literary agent of over twenty-three years experience in the areas of science fiction, fantasy, mystery/suspense, romance and young adult fiction, as well as a novelist in her own right.

Her short stories have appeared in the Kicking It anthology edited by Faith Hunter and Kalayna Price (Roc Books), the Strip-Mauled and Fangs for the Mammaries anthologies edited by Esther Friesner (Baen Books), and her essay “Abuse” was published in Dear Bully: 70 Authors Tell Their Stories (HarperCollins).

On a personal note, Lucienne lives in Florida with her husband and son, the two cutest dogs in the world, and enough books to fill an entire store and perhaps some day collapse the second floor of her home into the first. She likes living dangerously.

I’m so glad you were able to join me today, Lucienne. What a wonderful way to enjoy the day. Caramel Iced coffee, the beach, and great company.

That’s the truth, Tamye. Except in my case it’s an iced grande non-fat latte. Yum!

What is your favorite thing or memory about Coastal Magic?

My favorite memories of Coastal Magic have to do with the flash fiction panels I’m on with Damon Suede. He may be the funniest man in creation. (Next to my husband, of course! And yes, he paid me to say that.) The audience throws random things at us like Amish shapeshifters at Thanksgiving and horror/space opera/romances with platypuses. Or vampire penguins. I love it!
I also adore Damon’s Cinema Craptastique, which is a thing not to be missed!

How many times have you attended?

I’ve attended since the very beginning, since it was Olde City, New Blood in St. Augustine. It’s such a wonderful convention.

Do you have any tips for my readers in regards to attending Coastal Magic?

My main advice would be, “Don’t be shy!” These are amazing people, and every one of them is approachable. It’s not a convention where there are panelists and there are attendees. It’s a convention where we’re all family, and that’s what keeps me coming back every year.

I understand you have a new release coming up on the 15th. Do any of your characters craft, like you?

Unfortunately, my characters don’t craft. They’re too busy saving the world, in the case of my Latter-Day Olympians and Vamped series. If they do craft, it’s MacGyver-type things in aid of escape, rescue or taking the bad guy down. In my new novel Faultlines, a YA thriller involving the serious issues of teen suicide, bullying, etc., my heroine, Vanessa, is trying to deal with the grief of her best friend’s death and reconstructing what lead up to it. Her hobby, soccer, is more like an avocation, the thing that keeps her sane. If only she could deflect everything life is throwing at her as well as she deflects the balls headed for her net.

But me? I’m a huge crafter. I’m one of those people who needs to be productive at all times. Usually it’s writing. But all my short stories want to be long stories…novels even. My novels then want to be series. But whether it’s a story, a novel or a series of them, these things take time. They’re painstaking, because I’m creating the characters, the scenarios, the crescendos and denouements from scratch. And then refining and revising until my work matches my vision. A finished product takes months, often years, particularly from idea generation to publication.

But another thing about me, I’m an instant gratification junkie. I love writing and I feel satisfaction when I feel I’ve really gotten a handle on a scene, but I like to have something to show for all my work. Also, some days the writing doesn’t go the way I want it to, and so I need other outlets for my creativity. I need to be able to sit down to a project from beginning to end in a reasonable period of time and have something to hold up and say, “I’ve done this,” even if it’s just to myself.

And so I bead. And scrapbook. And costume. A few weeks ago I couldn’t figure out where my novel was going next; I couldn’t write forward at that moment, but I still felt the burning need to create. And so I decided to make myself a steampunk hat.

I’d seen them, lusted after them, but balked at their hefty price tags. Surely, I thought, I can do this! And I did—out of cereal boxes, scrap fabric, an old waist cincher and a steampunk hairpiece I’d made prior. Is it perfect? Oh hell no. Just like novels that need revision, the hat was a draft. But I’ve learned from my mistakes, and the next time I’ll do better. Moreso the time after that.
But I have something to show for my work. Something tangible and finished, and that satisfies my burning need. 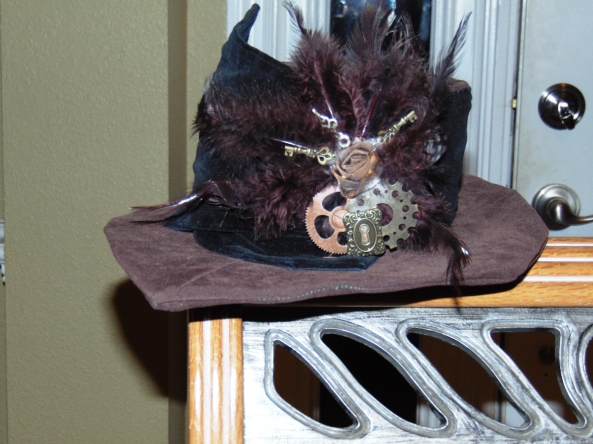 This new novel is the closest to my heart of anything I’ve written so far. Your blog on crafting and books and the awesome cover Bella Rosa Books did for Faultlines inspired me to create a scarpbook page for it. The cover has my heroine’s world all askew, and the silhouette of a girl running. It has the sense of menace and urgency that I was going for in the novel. And then the publisher really blew me away, adding elements from the book, like the raven that my vigilante character, who goes by Poetic Justice, adopts as avatar, the journal that reveals the secrets my dead girl couldn’t bear to speak, and the blood that explodes out of a locker in one of the attacks and which might again be spilled if my characters can’t stop the escalating violence. The cover is, quite literally, a work of art. 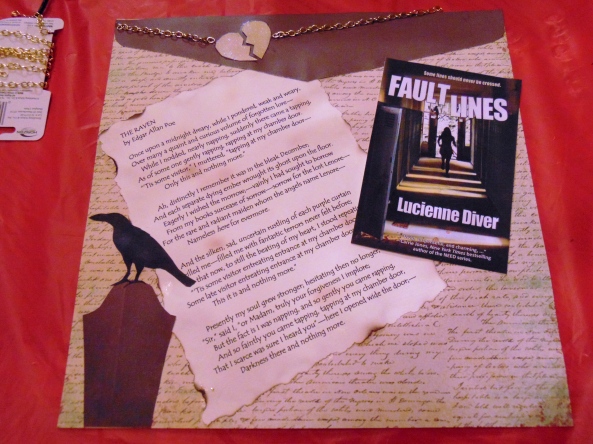 My scrapbook page doesn’t do it justice, but I had fun with it, and I hope you all will enjoy! And that you’ll pick up the book that inspired it.

What they’re saying about Faultlines

“Vivid, suspenseful, and charming, Diver creates a world where anything can happen in this must-read page-turner.”
— Carrie Jones, New York Times bestselling author of the Need series

“Faultlines blew me away! A tense, suspenseful read that will break your heart and keep you guessing right up until the very end.”
—Amy Christine Parker, author of GATED and ASTRAY

Lisa had changed, pushing away everyone close to her, even Vanessa. She had quit soccer. Started wearing dark and dismal clothes. She refused every offer to talk and suffered whatever she was going through in silence. Now she’s really gone. Suicide they claim, but Vanessa knows that isn’t right. It can’t be.

Vanessa blames herself for letting Lisa chase her off. She wants answers, so that she can put to rest the rumors surrounding Lisa’s death and so that she can move on, heal. But Lisa left no note and the journal she was always scribbling in—which might tell all—is mysteriously missing.

As Vanessa struggles to come to terms with the loss of her friend and to reconstruct the last months of Lisa’s life, someone calling themselves “Poetic Justice” begins taking revenge against those he or she thinks drove Lisa to suicide. Everyone at school believes Vanessa is this mysterious “Poetic Justice”. It’s easy to blame the former best friend, and Vanessa makes an obvious target.

Struggling with her own guilt, Vanessa is determined to ignore the threats and allegations aimed her way. But as Poetic Justice’s vengeance takes a darker turn, retaliation against Vanessa begins to escalate, from cyber bullying to violence, putting both her and the little sister she adores in the line of fire. To protect them both, she has to find out who’s behind the attacks before things turn deadly. And hope she can survive the truth.

Come join us at the Coastal Magic Convention, this February in Daytona Beach. It’s going to be an absolute blast. #CMCon2017

Don’t miss your chance to meet over 50 fabulous urban fantasy, paranormal, and romance authors at Coastal Magic next February! This super casual book-lover weekend happens on Daytona Beach, and gives everyone the chance to hang out with fellow readers and amazing storytellers.

REGISTRATION is now open! If you haven’t been to Coastal Magic yet, you’re missing out on a lot of fun.  Be sure to keep up with all things Coastal Magic, by following it via your own personal social media drug of choice:

Thanks for joining us today, Lucienne.  I look forward to seeing you in Daytona come February.

For those that can’t make the convention, you can still join in the fun by joining our 2017 Featured Authors Reading Challenge.  It’s open to everyone.

Thanks to everyone who joined us today. I always want to know what my readers think.

What’s your funniest or fondest memory from a convention or author signing?