Puppy sitting and a SEAL wolf that will make you wank to take up something. Read the article to find out. 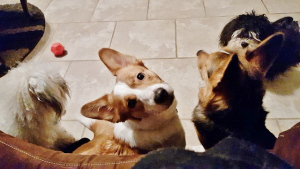 Luna love, Tanner is mugging it up for the camera, but Rilo’s ears are in the way 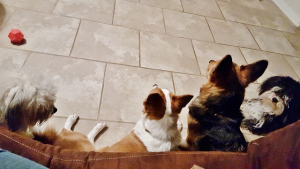 Tanner the ham, when all the other dogs are looking elsewhere, Tanner is still posing for his best shots 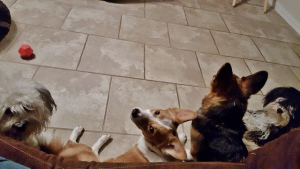 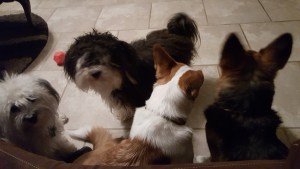 Luna and Rilo, the corgis, watching for Mom and Dad, Tanner and Max watching me. Tanner had to get closer to show he really, really wanted a good shot of himself.

And that’s a night of puppy sitting while the “old” folks were at work late.

I tried to write. Really, I did. Impossible. It was easier taking a few pictures. 🙂 Workmen coming over to finish a few things this morning that were not finished on the house, and hopefully while they’re working at it, I’ll be able to write a couple…